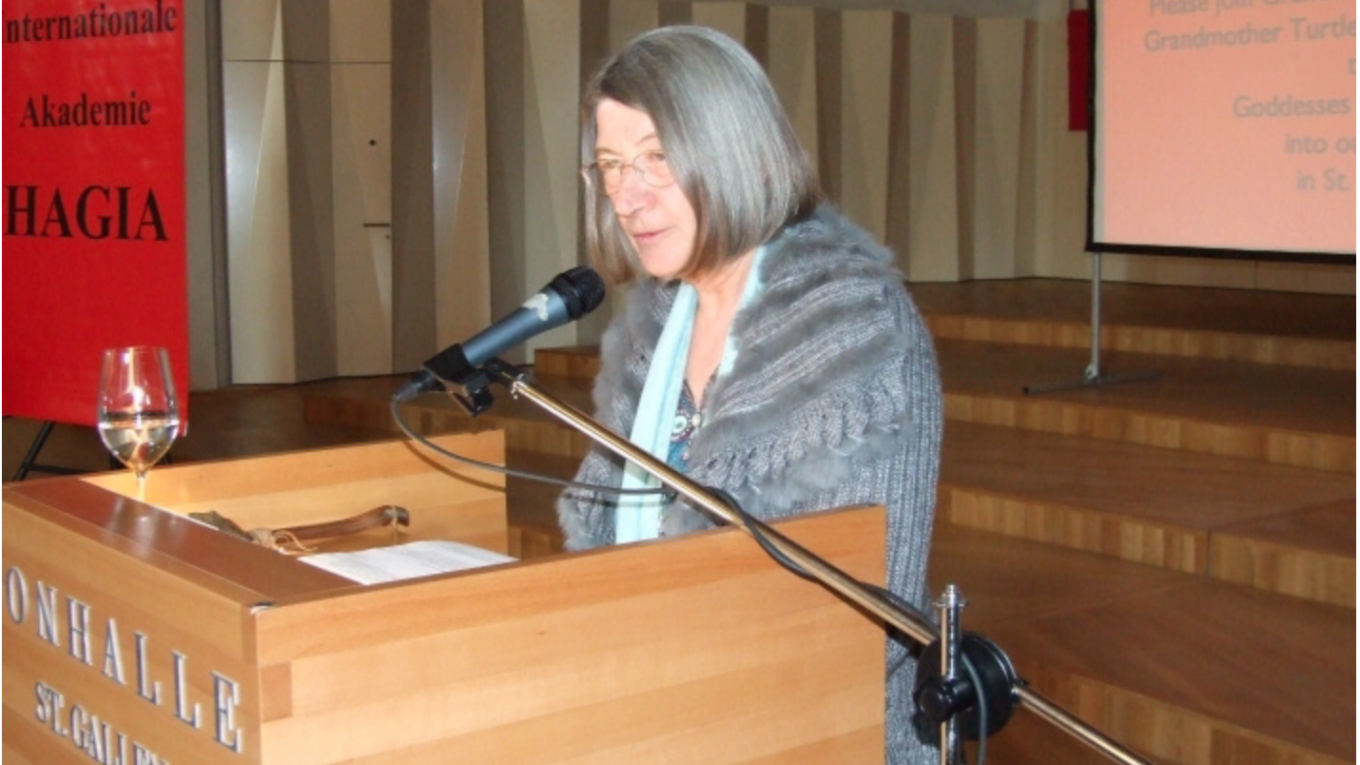 “You asked how the split in the feminist movement in regard to transgenderism could be overcome from the perspective of matriarchal studies. I try to answer to this difficult question as short as possible.

As you know from the research on Juchitàn, this is not a problem for a matriarchal society. Although they are balanced societies in regard to the fenale and male half of humankind and keep this balance, they easily include transgender persons and respect their individual choice. A boy can grow up in the female sphere of action, a girl can do the same in the male sphere of action.

I think, the point that might be very interesting is that they regard these transgenders not simply as “female” or “male”, but give them special names, for ex. “muxe” for a transgender into the female sphere and “machalilla” for a transgender into the male sphere (which is pretty rare with them). This means, they regard them as a kind of third or fourth sex, although they are fully integrated into one of the two spheres. The transgenders accept this situation and would never claim to be “real women”.

In my opinion, this can give us a key: Feminists could respect transgenders, if they see themselves as third or fourth sex and respect women in the same way as they want to be respected (some of them do so.) But this tolerance ends, if transgenders claim to be real “women” and invade women’s spaces by violence. This is  patriarchal male behaviour and has nothing to do with their transgender feelings. In fact, they can never become biological “women” because in every cell of their bodies the DNA is male. Thus claiming that they are “women” is fake, this might be the reason why they try to force it upon other people by laws and violence.

I think, the feminist split could be overcome if feminists accept transgenders as third or fourth sex and don’t exclude them, but under the condition that they do not claim to be women and to take over women’s spaces. Thne they can be invited. This acceptance might include the one feminist trend who is pro-genders.

But if transgenders claim to be real women and push women aside, then it cannot  be accepted and must be dismissed, a clear attitude of the other feminist trend. This is what

I adopted from matriarchal societies in regard to this question: they easily tolerate transgenders, but those would never claim to be real women (or real men). In most of these societies transgenders have a special sphere of action and a special handicraft, which clearly shows that they are not regarded as real women or men, but an additional sex variant (3., 4. etc.) In that way, matriarchies solve this problem in peace.

I hope, we as feminists can learn something from that.”

Read more from Dr. Heide Goettner-Abendroth International Academy HAGIA for Modern Matriarchal Studies on her website on matriarchal studies or on her personal website