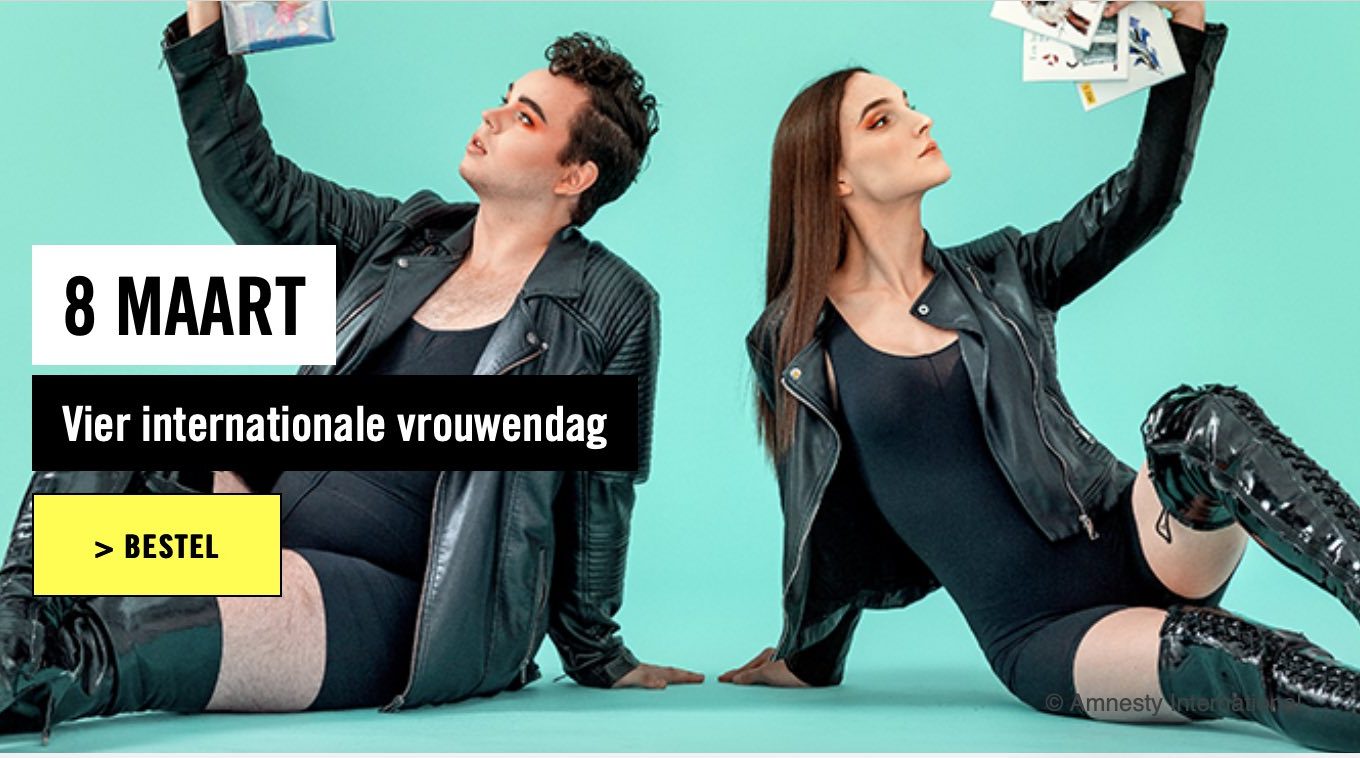 Amnesty International has become a men’s rights organisation. They only pay lip service to women’s rights. In their policies, actions and outings, they place the rights of men above the rights of women. Therefore women should stop funding Amnesty International and give their money to organisations that are run by women and act in the interest of women.

The picture of two transgenders Amnesty Netherlands send out to celebrate international women’s day is not an accident. It is a visualisation of Amnesty’s world wide policy to silence women, to see womanhood as a costume, sacrifice the health and freedom of prostitutes for the freedom of men to have access to them.

In 2014 Amnesty decided to place the rights of trans identified men over the rights of women, by choosing self-identification as their policy. In that way giving trans identified men free access to female only spaces. They also support lowering the age limit to formally transition to 16 years. Children should be protected from making those decisions in stead of encouraged to put their health and social life at stake.

Prostitution
In 2015 Amnesty choose to stand for legalisation of prostitution. They subscribe the idea that prostitution is a form of work. In doing so they backed up the standpoint of pimps and Johns. Amnesty wants men to have access to prostitutes. They don’t want to fight the exploitation, dehumanisation and human trafficking of women and girls that is happening worldwide in prostitution.

In stead of adopting the Nordic model that is supported by feminists, that is aimed at giving women other opportunities to earn a living and not having to get paid to be raped under often very dangerous circumstances and sexual slavery.

Amnesty adopted a policy that was concieved by someone who was jailed for sex trafficking: A Human Rights Scandal – Kat Banyard

Amnesty adopted a declaration that pimps and Johns agree with: Decision on state obligations to respect, protect, and fulfil the human rights of sex workers

Silencing women
in 2020 Amnesty started to actively silence women. Even saying simple things about biology is now framed by Amnesty International as transphobic and that speaks out about biology . Kate Allen, CEO of Amnesty UK, signed a letter to the Guardian about a so called ‘transphobic’ opinion. So Amnesty International stopped being an organisation that stands up for free speech. Women are not allowed to speak anymore.

Kate Allen, CEO of Amnesty UK signs a letter to silence women to speak about their rights: The Guardian called out by hundreds of feminists for anti-trans editorial

Stop supporting Amnesty. Support your local women’s group instead. They are probably defunded for not allowing transgenders in, just like the Vancouver Rape Relief. You can donate to them here.