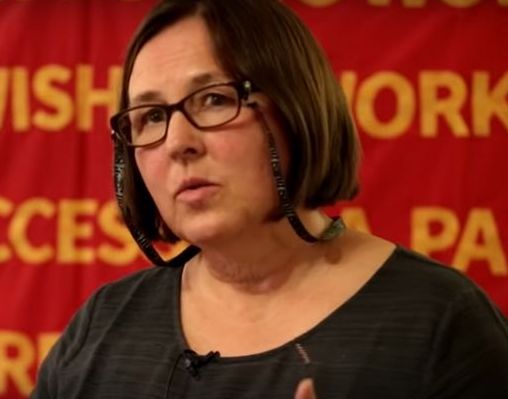 Professor Michele Moore will speak at our online conference on the 29th October. She is a psychologist and Professor of Inclusive Education by background, working to raise concerns about the transitioning of children and young people as a matter of vital importance for everyone who is serious about inclusion, social justice and global responsibility.

Michele will pick up on issues she spoke about publicly in 2018 when she talked about attacks on her career and reputation saying ‘I am not going to comply with the demands that no one shall speak out for children on the possible harms of self identification of gender and the harms of transitioning’.

Two years later it is easy to see she has indeed put her career on the line by not keeping quiet about the possible harms to children and young people of transgender ideology. Despite years of targeted harassment, dishonourable complaints, trash spiralling & a baying mob of alleged progressives seeking to silence her, she continues to speak out. She has the support of trans allies, parents, detransitioners, some colleagues and reflective practitioners.

In a month when the UK has seen its first Judicial Review for gender health care, Michele will share her evidence drawn from parents of trans identified children and young people and young adults who have transitioned and then changed their minds.

Her latest book with Heather Brunskell-Evans was dedicated to ‘countless individuals who daren’t publicly voice deep concern about transgendering children, in the hope it will help give them confidence in the future’. Her talk will be a Call to Action. Evidence of harm is unmistakable. The time to voice concern is now.

You can hear Michele Moore speak at our Conference on the 27th of oktober 20.00 CET.